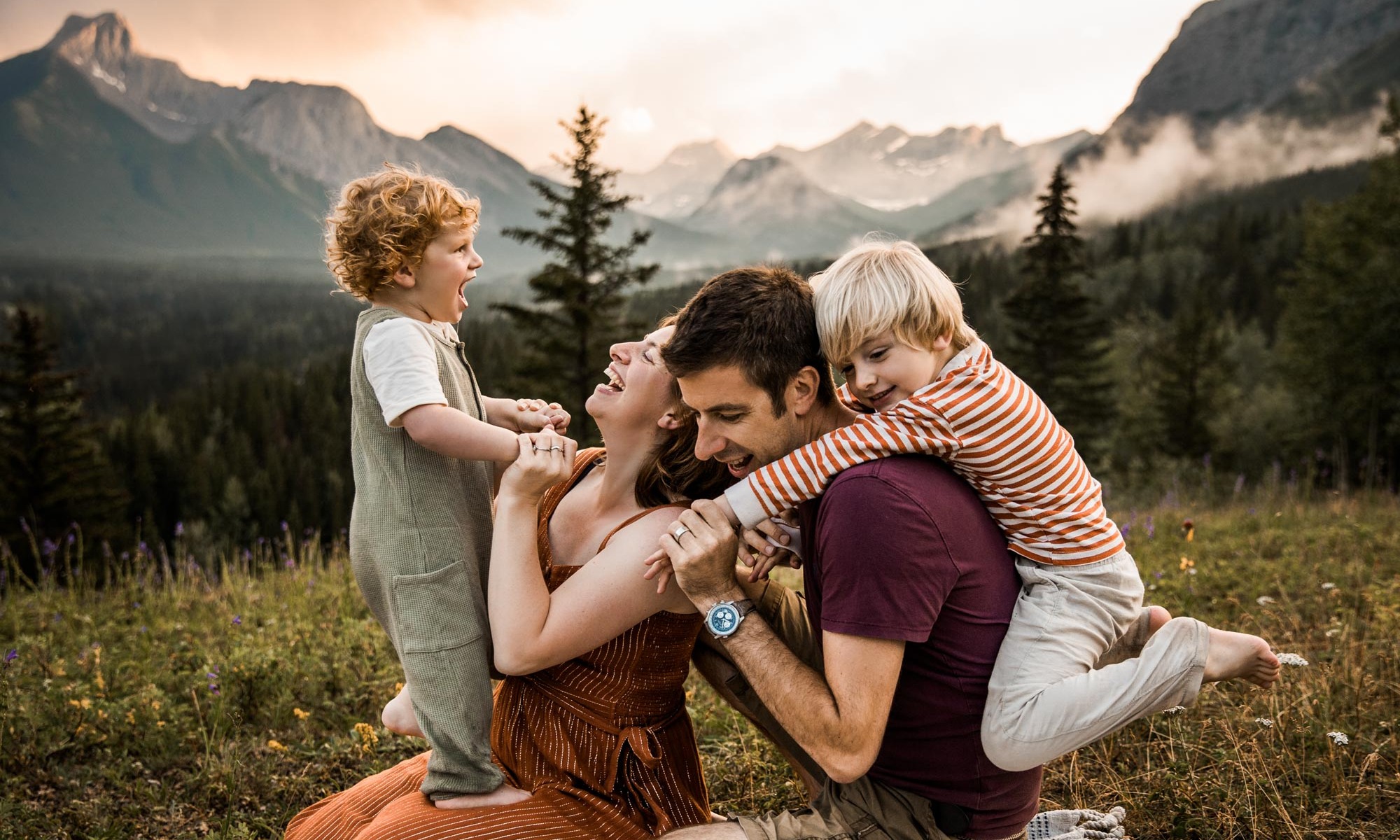 The Memories, the Storm and the Calm

I messaged her asking if she felt like writing a short paragraph to include in this post. An hour later, I got a very detailed email (full of emotion and flattery!) so I decided to turn this into a collab post. So here’s to that hot, stormy night in Kananaskis Country, as seen from two different points of view.

The Family on Vaca in the Mountains

“As a photographer myself, I’m usually on the other side of the camera, which means I never have any photos of us as a family.

So I wanted to have a lifestyle photoshoot during our trip to Canada—beautiful, natural and candid photos of us all interacting with each other in the mountains—because the mountains are my happy place.

I found Val. Her photos were epic, and it was clearly meant to be because, by some miracle, the one day we had free for a photoshoot in Kananaskis Country was the one and only day that Val had available.”—Steph

When the forecast is as crazy as it was that night, I usually reschedule. But this family was going home the next morning so this was our one chance.

So I headed west right through a massive storm. I could see the wall of rain getting closer and closer while driving on the highway and it just HIT. Massive storm. But while I was in it, I could see the arch of clouds and the bright orange light on the other side so I was feeling confident that once I got to the other side, the storm would be behind me. It was still raining when we met up, but it went down to a drizzle, so we went for it, because what can a little rain do.

The Drizzle, then the Downpour

“The drizzle ended up turning into another full blown storm, and I’ve always loved storms, so it felt even more perfect and true to us. We just all embraced it, and had fun, and I’m so grateful to Val for risking her camera’s life to capture those wonderful moments. We were all the most drenched we had ever been, but it was totally worth it. There was an extra awesome moment where the most amazing light broke through the clouds…it was just magical.”—Steph

The Calm After the Storm

“The rain did eventually stop and Val suggested going back to our hotel to change and get some more photos at the nearby viewpoint.”—Steph

So here is the calm after the storm, the fog rising through the mountain peaks on this stormy hot summer night in the Canadian Rockies.

“We all had the most awesome experience with Val, and the photos were just…amazing. The way she edits, and captures—she is just so talented. I will definitely be returning to Canada, and will definitely be asking Val to take some more photos. Not sure how that experience can be topped, but if it’s half as good, it will still be epic.”